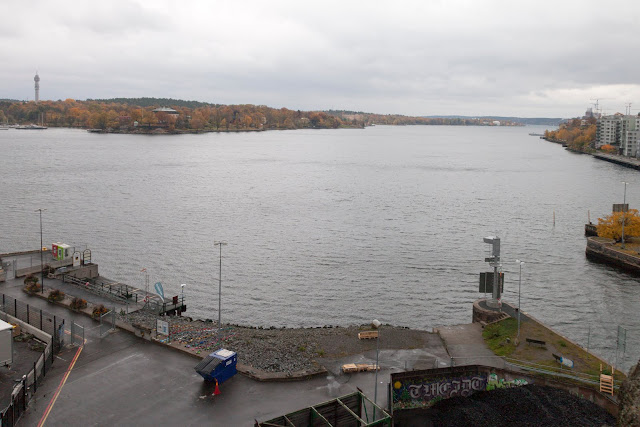 Masthamnen is located on the eastern point of Södermalm, overlooking the beautiful view of the Stockholm inlet. At the northern part of the site a restored quay is placed for public transport and sightseeing such as Hop-on Hop-off boats. A navigation mark for marine traffic, layers of outdated fences and two benches directed towards Danvikstull on a neglected lawn, forms the southern part of the area. The space in-between consists of rock-fill that slopes down to the water, like a steep beach.The site is today, during high season, used by a large amount of ferry tourists and people from the neighbourhood. In low season the place is mostly visited by the people living in the area who goes walking or exercising. 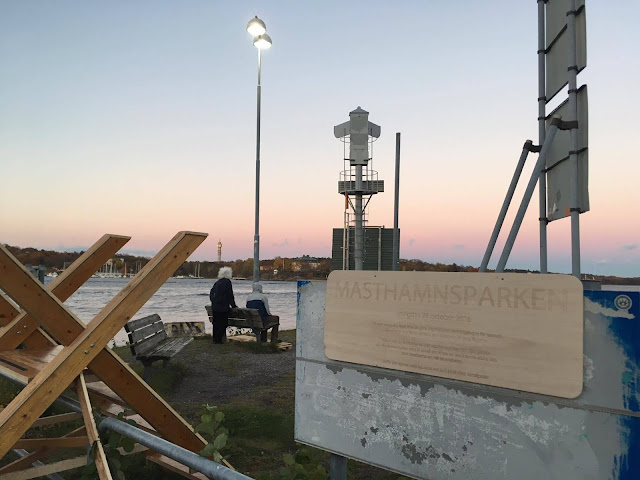 The goal is to give this used, but still unknown place, the perception of a public space. By making and placing small interventions at site, hidden opportunities and qualities can be brought to light. The site needs an identity and in order to reveal its important history, it has to become readable, accessible and more taken cared of.

There is a time gap of about ten years before larger projects will take place at the site. The proposal aims to highlight that this place is worth to care for, despite future large scale plans. By making temporary interventions and an artwork at site, the ambition is to make people aware of Masthamnen, not only its appearance today but also its future – maybe creating opinions whether it should continue to be public or not?

The interventions that have been made during this project test and pin-point the different opportunities that already exists.

To give the place a fresh start and an identity the site has been named Masthamnsparken. A welcoming sign at the entrance of the park and a set of stairs will make the area more accessible and a more readable as a public space. 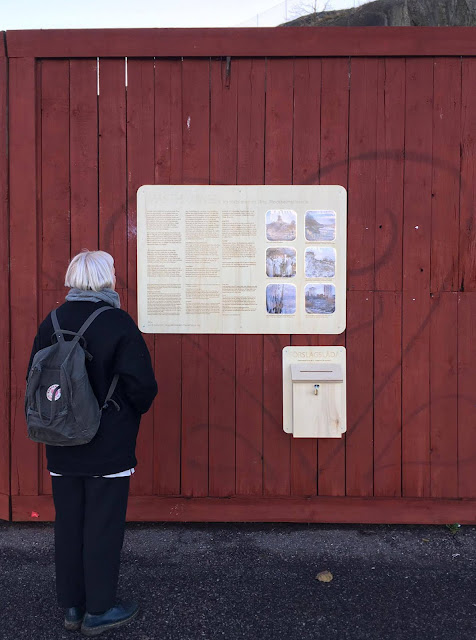 Telling the history of Masthamnen the sign is made out of plywood with engraved letters. Interested people are gladly invited to be part of the Masthamnen project and put their proposals into the suggestion box underneath. 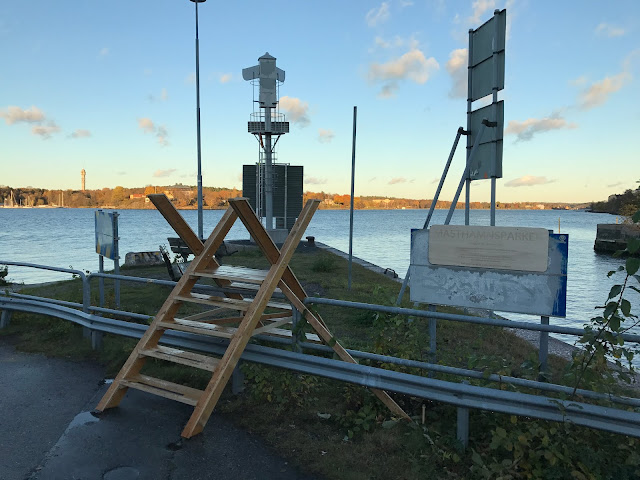 The old traffic fence cumbers and prevents passers-by to enter the green area of Masthamnen. Therefore, the stairs and the plywood sign, hijacking an old traffic sign, mark the new and easy accessible entrance. 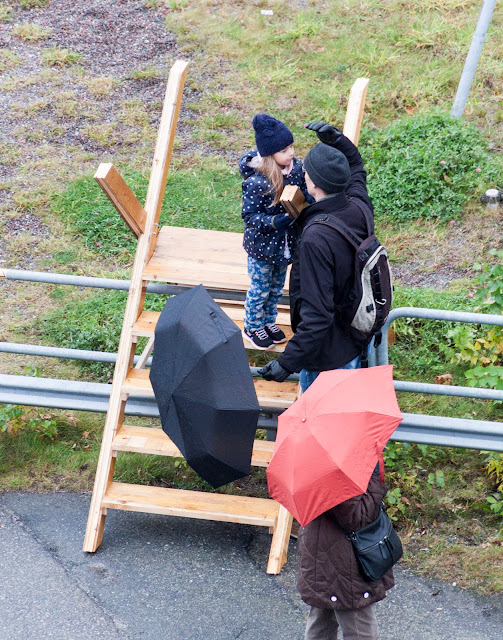 Construction wood from an old summerhouse has been reused to design the stairs. People can use the stairs to enter the green area where two benches are located. 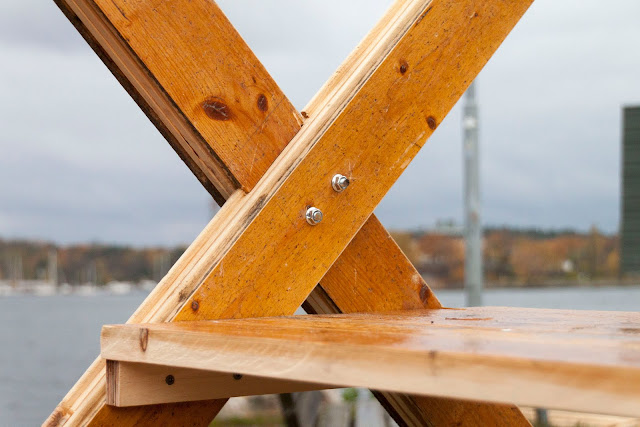 The summerhouse´s floor planks were in a very good shape and therefore used for the main construction. 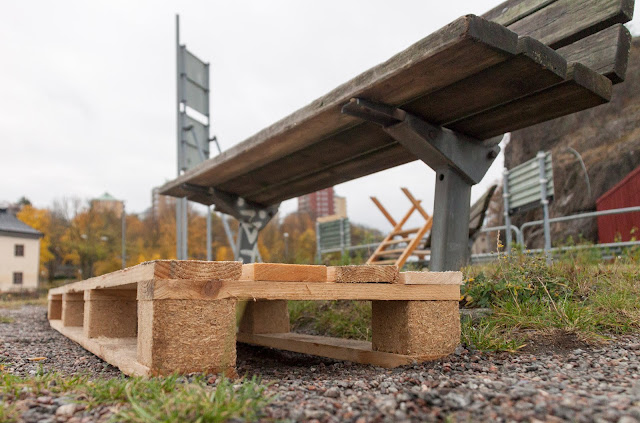 Located on the green area, the two benches are old and quite uncomfortable to sit on. The distance between seat and ground is too long; feet will be swinging while sitting.
A pallet has been partly deconstructed, extended in its dimension and placed underneath one bench to give the feet support. Due to the new minimised distance sitting on the bench is now much more comfortable. 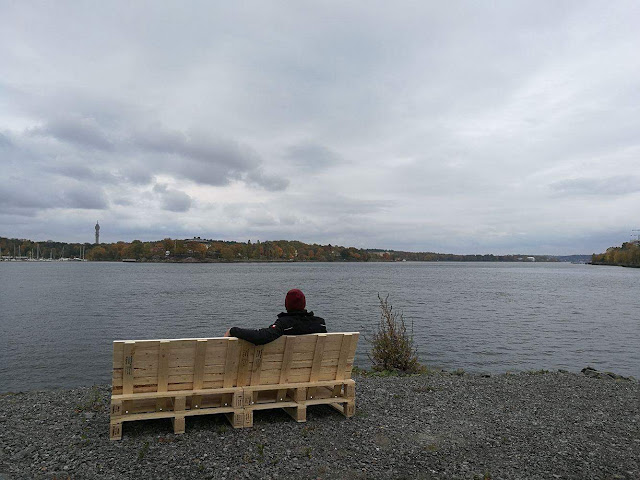 A lot of goods to the harbour are shipped on pallets. The idea of this bench is to re-use the pallets for a new sitting opportunity providing a better view than the two existing benches have. Four pallets form the sitting base, two smaller ones the leaning. Up to four people can sit on this furniture. The bench is not fixed to a base, so everyone can move it to enjoy the view of the wonderful seaside, the ships crossing or just the silence of Swedish nature. 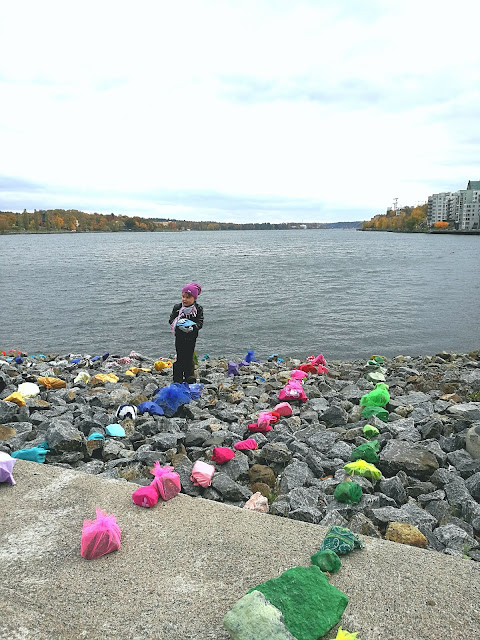 The harsh stony beach of Masthamnen is uninviting and mostly unknown – even to the very close neighbourhood. The beach is visible from a lot of spots: from boats and ferries, every surrounding coastline and from the hill of Fåfängan. To soften up the site and activate the beach the stones have been covered with fabrics and painted with mineral colour increasing its popularity. By time the beach might become more and more colourful. 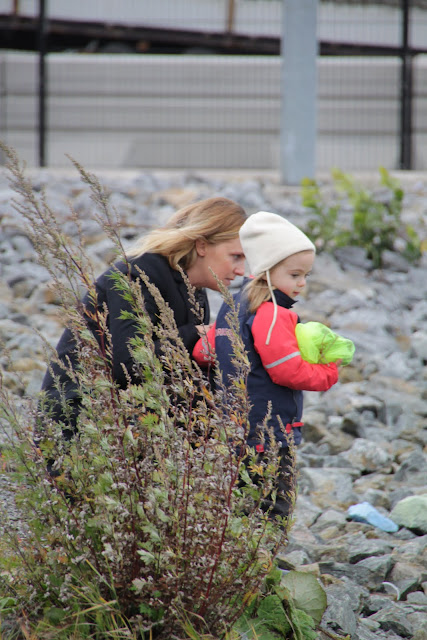 Visitors start to rearrange and organize the stones while waiting for the commuting boats. 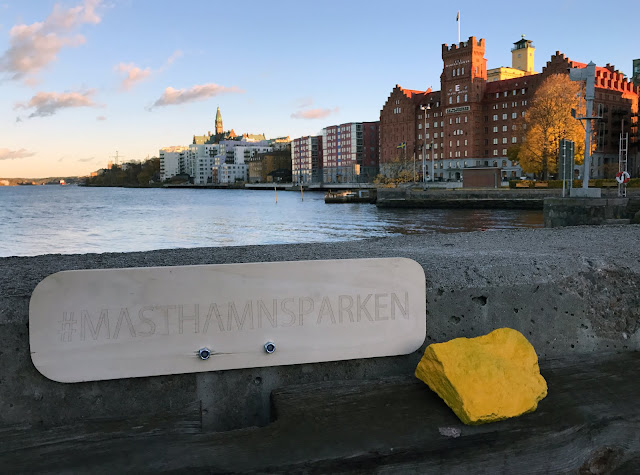 Close to the waiting platform of the commuting boats a sign is installed. Feel free to take pictures of the colourful beach and post #Masthamnsparken in social media! 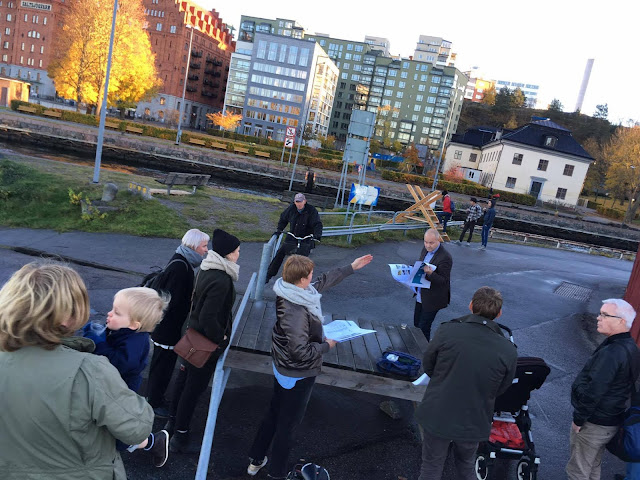 On the 28/11 2016 an inauguration of the new Masthamnsparken took place. Among the invited guest were representatives from Stockholms Hamnar and Södermalms stadsdelsnämnd. An action plan for masthamnsparken was presented at the inauguration. The actionplan consists of different proposals to improve the site and summarizes the knowledge gained from testing and analyzing the site.

The Action Plan has been submitted to Stockholms Hamnar who manages the site with the hope that they will continue to improve the site according to the Action Plan.