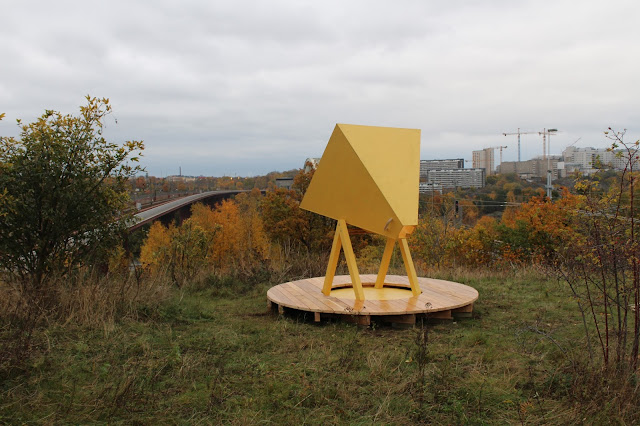 OVER HEAR!
A listening machine in Årsta


The area above the south side of the Årsta bridges holds busy walk and bicycle paths, consistent train traffic and steep topography that leaves a widespread view over the Årsta bay and Södermalm. Due to this the site transmits a sensation of having the purpose to connect other places instead of being an affirmation of the place itself, even though it keeps great visual qualities.

It’s impossible to avoid the sounds of a city, but this location has a large contrast between strong noises from trains and the quietness of the forest in the neighbouring nature reserve. When thinking of this, we wanted to present the site by its sounds, amplifying them as much as we can. By doing this we can establish a connection between the place and its visitors, creating another “passageway”, as invisible as strong.

We have created a listening device, meant for exploring the sound landscape in the borderlands between the built and the wild.

The shape opens to embrace the surrounding, giving people the opportunity to cross the fence and actively take command and explore the city.

Subsequently, with this yellow interactive art installation we encourage people to stop and to experience the site in a new way. 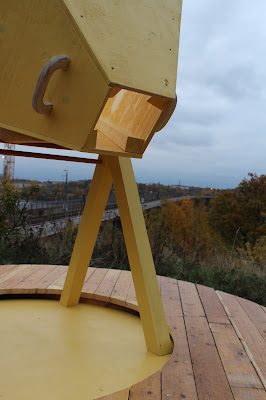 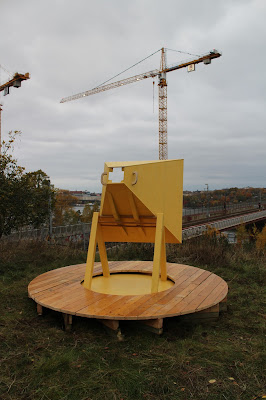 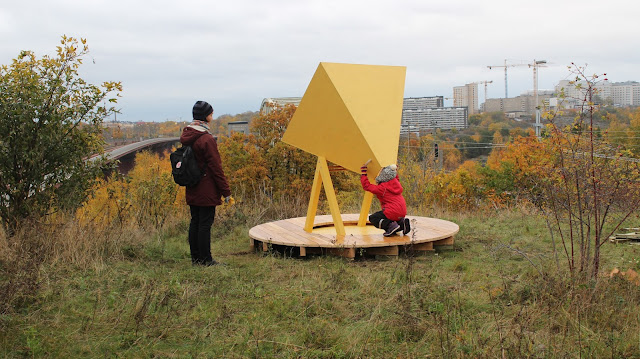 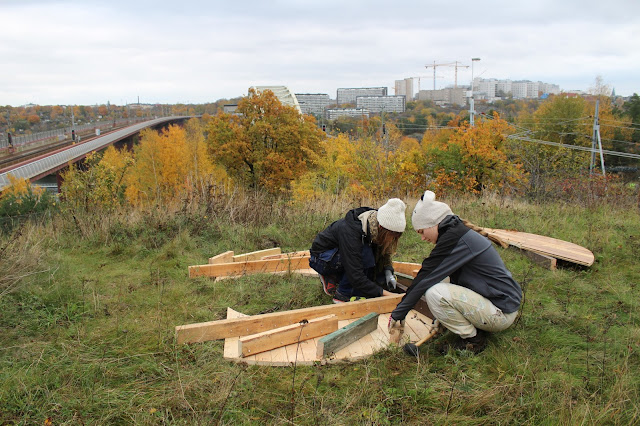 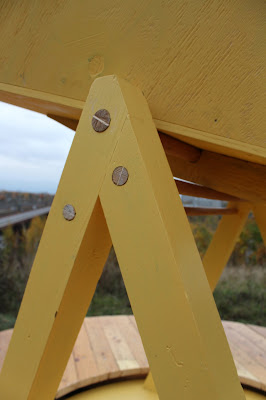 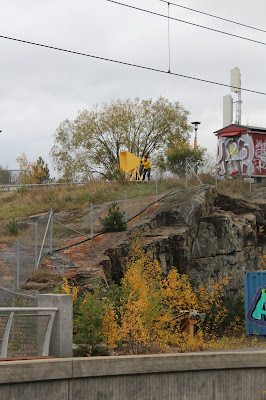 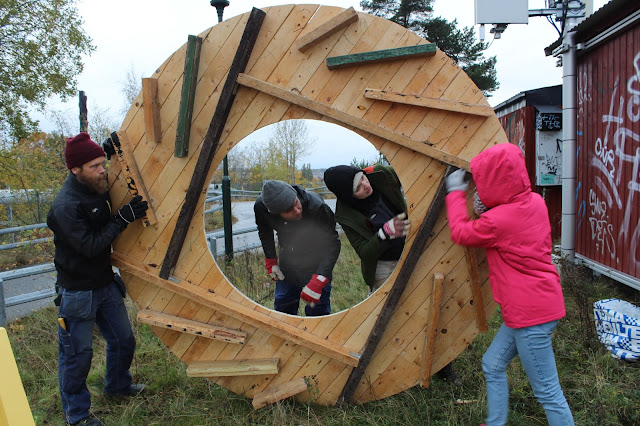 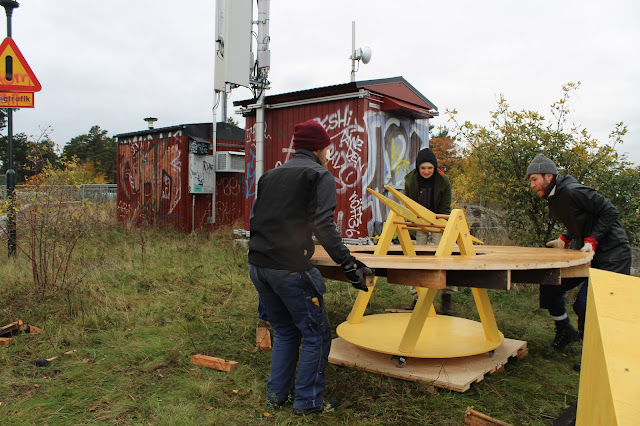 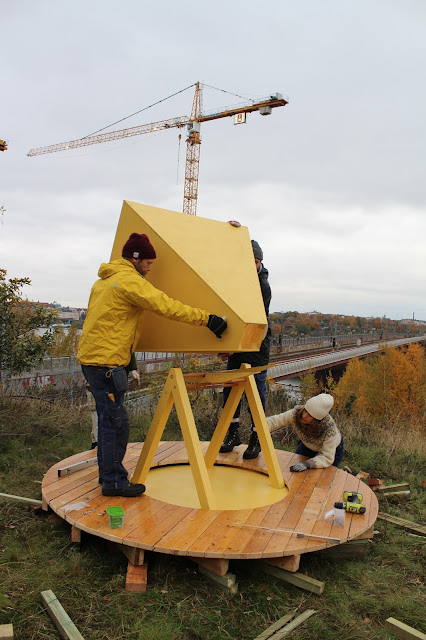