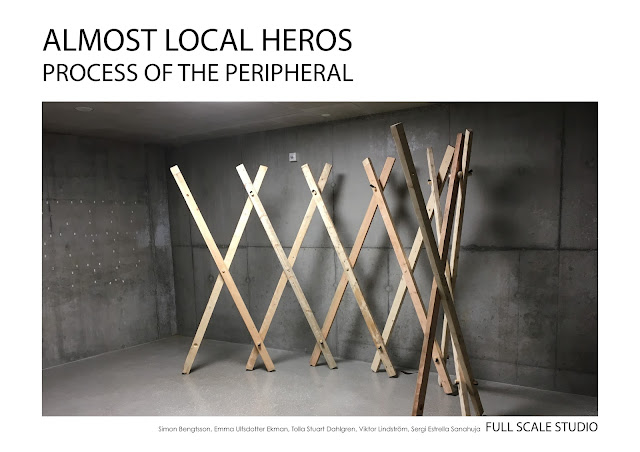 The path from brief to finished piece of architecture is not always straight. When we started to investigate our site on a forgotten part of Solnavägen we had no idea where we would end up at the end of the project. The series of decisions that led us to our final result were taken with the mind of an investigating experimentalist. We let ourselves relay on intuition and fascination instead of focus towards a specific result.

Early in the process we quickly gathered around the interior space of the tunnel, 64 meters long and located on our site in Solna. We thought it was a fascinating space with obvious problems such as lighting and a feeling of insecurity. We also saw some great potential in the space because of it being sheltered from weather and strikingly long.

After several collective sketch sessions we decided to focus our intervention on the bike commuters passing our tunnel in thousands each day. Giving them a place to repair and pump their bikes felt like a natural and suiting project.

We decided to use a highly systematic democratic order of designing, which was hard work but also fruitful. We had plenty of ideas and based on previous decision we could refine and eliminate options until one final structure was decided upon.

It was a rigid and functional structure that indeed would fulfill our needs and host the program in a sufficient way. But as we started building we got the feeling that something was lost. Some key-values had gone missing in the process of voting and rational thinking. During a tutorial we looked back on rejected ideas and were all attracted to a completely different structure to the one we were currently building.

The previously rejected idea was a light and flexible structure. It was general in its composition which sparked our imagination. We saw endless possibilities with it even though we did not know how our program of repairing bikes would fit in it.
It was time to take a risk and since everybody enjoyed the new adventurous path of the project we decided to shift track and start fresh with this experimental structure.

Soon it became obvious that it had a very complex geometry despite its simple appearance. We looked on several joints and gathered around the idea of a ball joint enabling the structure to rotate, twist or bend in almost any direction.

The finished structure can be seen as either a playful experiment with wooden joinery or a prototype of an architectural element.

In terms of program and use our structure can do several things and be suitable for plenty of places. The structure’s most important qualities are that it is foldable, movable and that it can be endlessly continued. Our idea is that we can give it several possible meanings or functions depending on how we use it. By actively testing it in full-scale scenarios, out in the city surrounding us we hope to discover and test some of its potentials.

We think it is interesting how this project has a great focus on the peripheral and the rejected. The site we chose, the material we harvested and the idea we finally went with all have a theme in common. The site under the bridge is a place where people pass by but do not want to stay at, the house we took down was not wanted any more, and our structure was first rejected because of its lack of program and activity.

Our curious investigation of the rejected and unwanted led us to new perspectives and ideas. 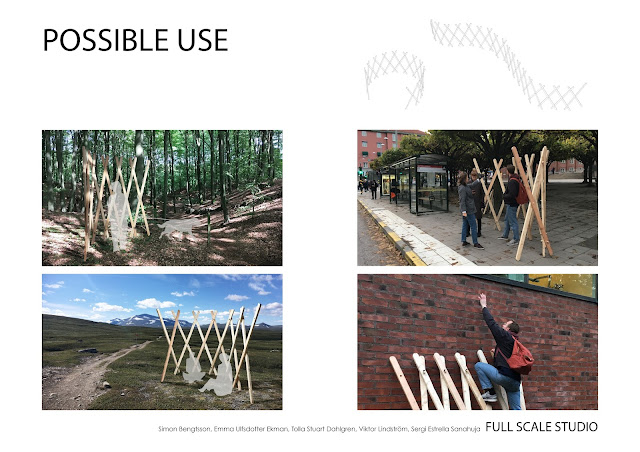 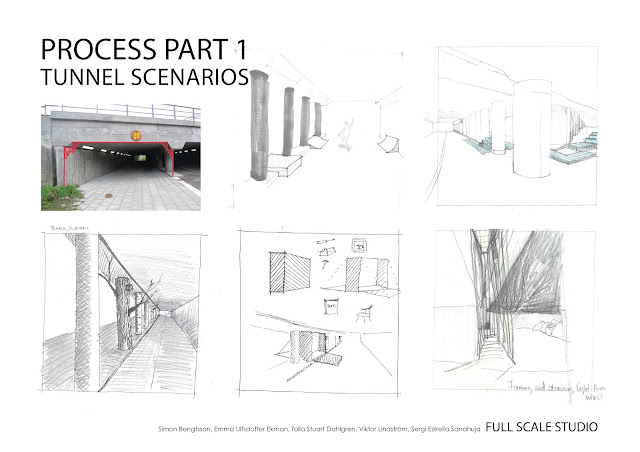 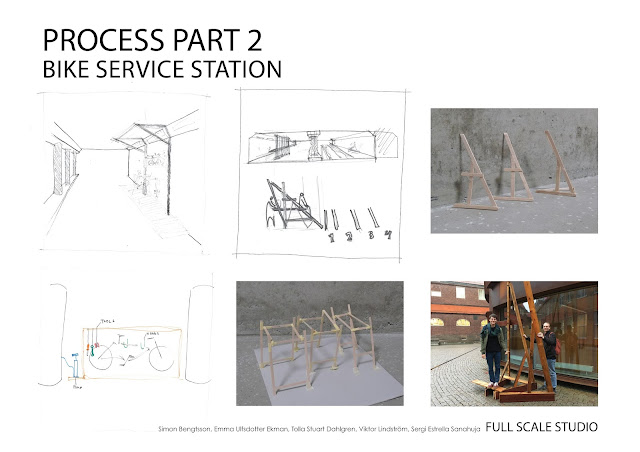 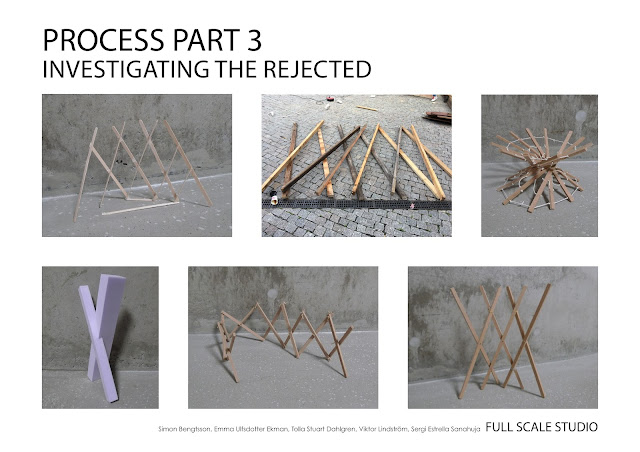 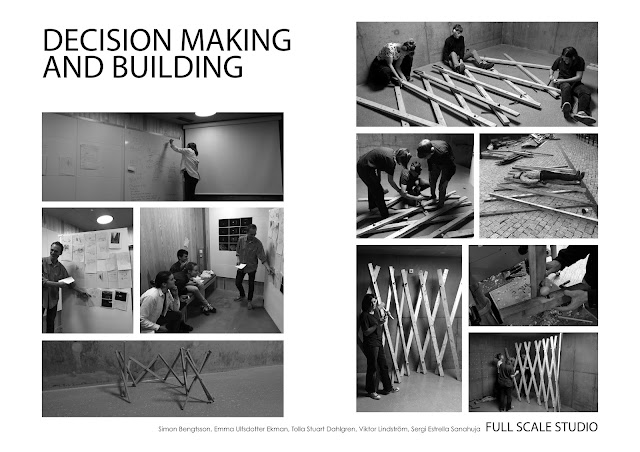 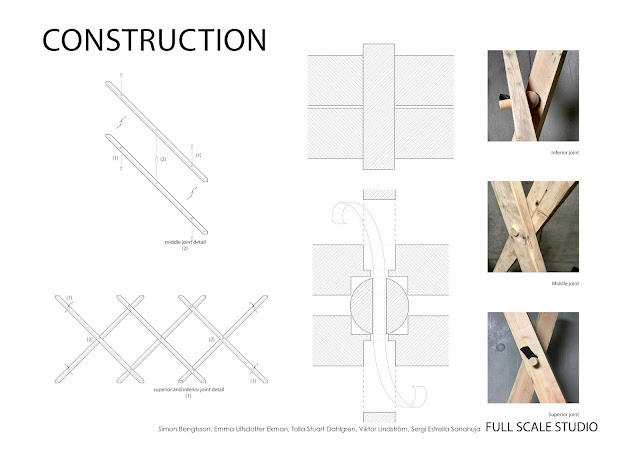