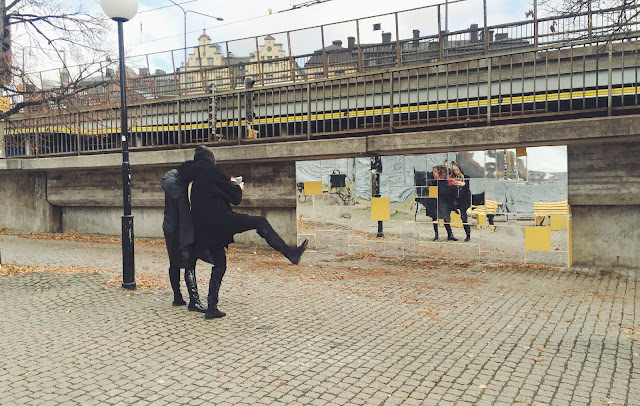 By the exit of Gamla stans subway station you find Munkbrohamnen. The site consists of a long concrete wall, running along the ‘back’ of the site, in front of this there is an open space with some trees and in the ‘front’ of the site there is a couple of benches, facing the beautiful view. When getting to know the place we found that it is used very differently by different people. Either it is used by people who rush by on their way to and from work or it is used by people who go there to enjoy the view. Those who rush by keep themselves alongside the concrete wall whilst the people enjoying the view hang out by the benches. Since the view-lookers are facing the water and the jobb-goers are facing where they are heading there is no interaction between the two of them. This creates a ‘dead’ zone between them, which is almost unused. Our concept therefore became to redirect the views in order to create a more dynamic use of the site. 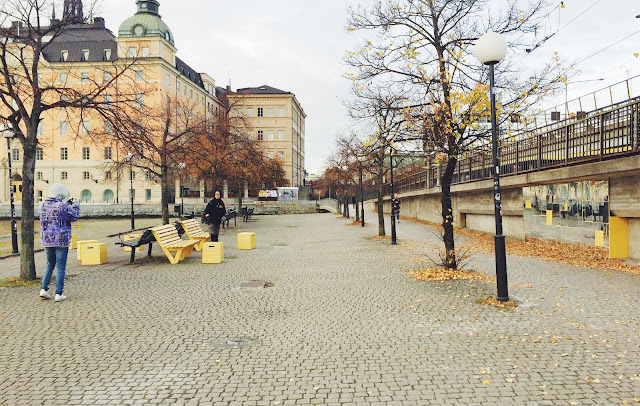 In order to break these distinct directions we introduced three types objects: the stool, the bench and a mirror wall. 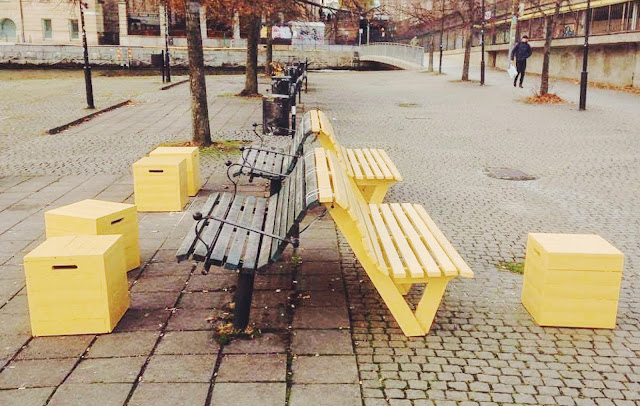 The stool: While observing the site we found that when people came in bigger groups some sat on the ground in order to face the persons they where talking to. By introducing the stool, which is movable, it gives the users an opportunity to arrange their way of sitting more freely. The bench: Since our intention was to redirect the view we wanted to introduce a static object which, through its placement, directs the view in the opposite direktion as from the existing benches. When sitting on the bench, which faces the mirror wall, you can both see the reflection of the view but you also see the people passing by. 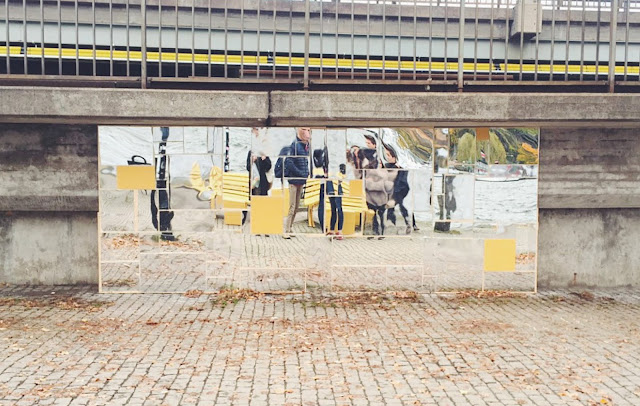 The mirror: For us the mirror has many meanings and purposes. One of them is of corse to reflect the view but the mirror also became a way to comment the fact that the site has the history of being a meeting point for skinheads. Feeling that we could not ignore this the mirror functions as a way of saying that you should look at yourself first before you judge others. The three objects in combination makes it possible to use the site in a slightly different way and hopefully the new perspectives enhances the qualities and use of the site.