The limestone is primarily sourced from the nearby limestone quarry at Forsby, which lies 40km away from the Nordkalk factory near Köping. While a cable-car system was used to transport it ever since the 1940s it was decommissioned in 1997 in favour of trucks. Long-distance deliveries of limestone are mostly done by ship via a canal that connects the factory to the Baltic sea, with imports arriving from Gotland and France.

The raw limestone is crushed, ground and sifted in varying degrees of granularity before being moved to an intermediate storage. 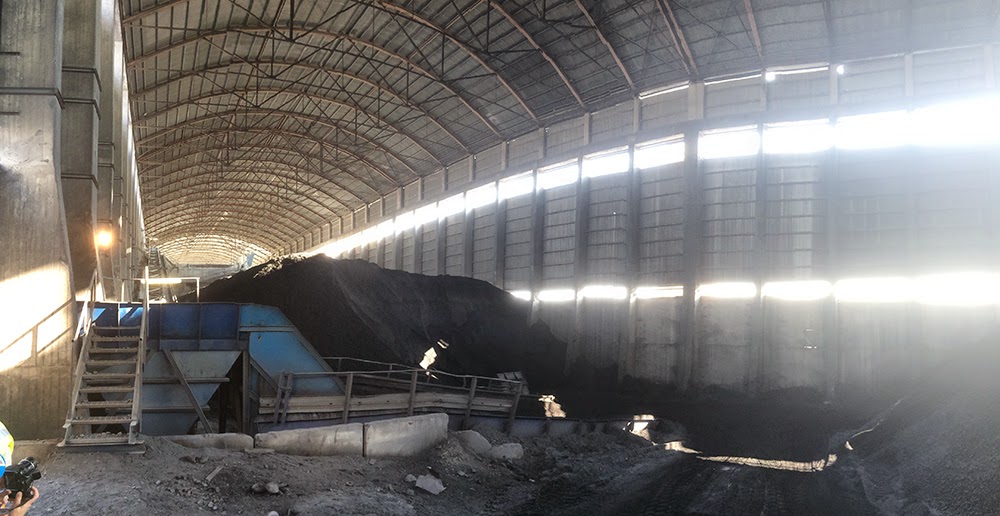 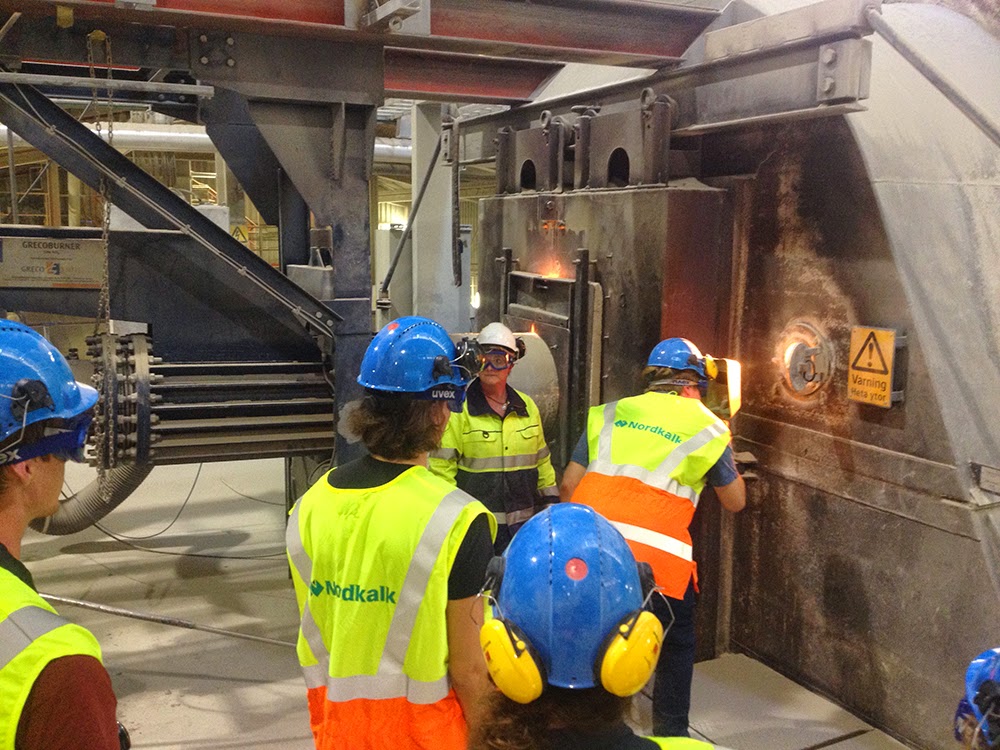 In order to transform the ground limestone (calcite) into quicklime (calcium oxide) it is heated to a maximum of 1400 °C, with a minimum of 800°C being required for the reaction to take place. The cylindrical steel oven is coated with an internal brick layer, which eventually breaks down and is cleared by firing 2000 shells into it on a regular basis. The oven is fuelled with coal, while they are currently considering how to utilize a different energy source such as bio-fuel or wood pellets.

Transforming quicklime into slaked like (calcium hydroxide) only requires the adding of water. Depicted above, you can see the exhaust moisture emanating from the cooling tower. 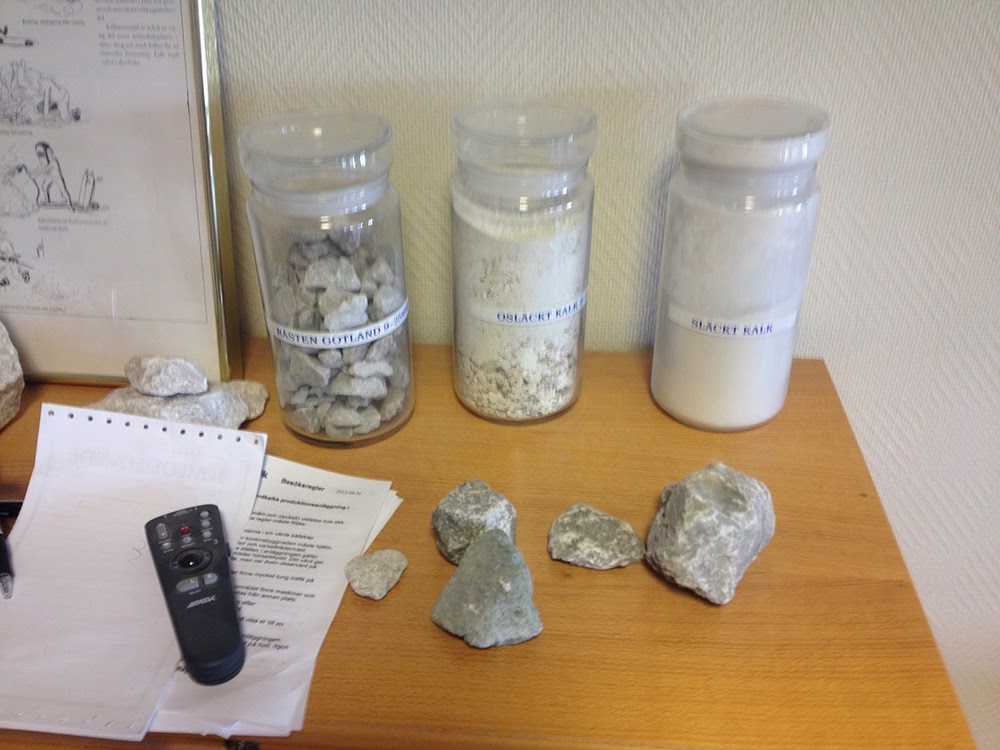 Limestone has historically been used as a structural building block, yet today it is primarily used only as tilework in its cut yet unprocessed form.

Ground limestone powder itself is used as a filler in the building industry, white coloration in plaster, concrete and road markings, and as a food supplement in chicken feed.

The reactive qualities of quicklime is used in the steel manufacturing process to remove impurities in iron ore,  neutralize the pH level of lakes and agricultural soil, and in the petroleum and paper industry.

While quicklime is provided directly to the cement industry, it is solely for the purpose of mixing it with water to produce slaked lime, which is used as a binding agent within a concrete mixture, both for structural concrete as well as stucco/plaster/mortar. 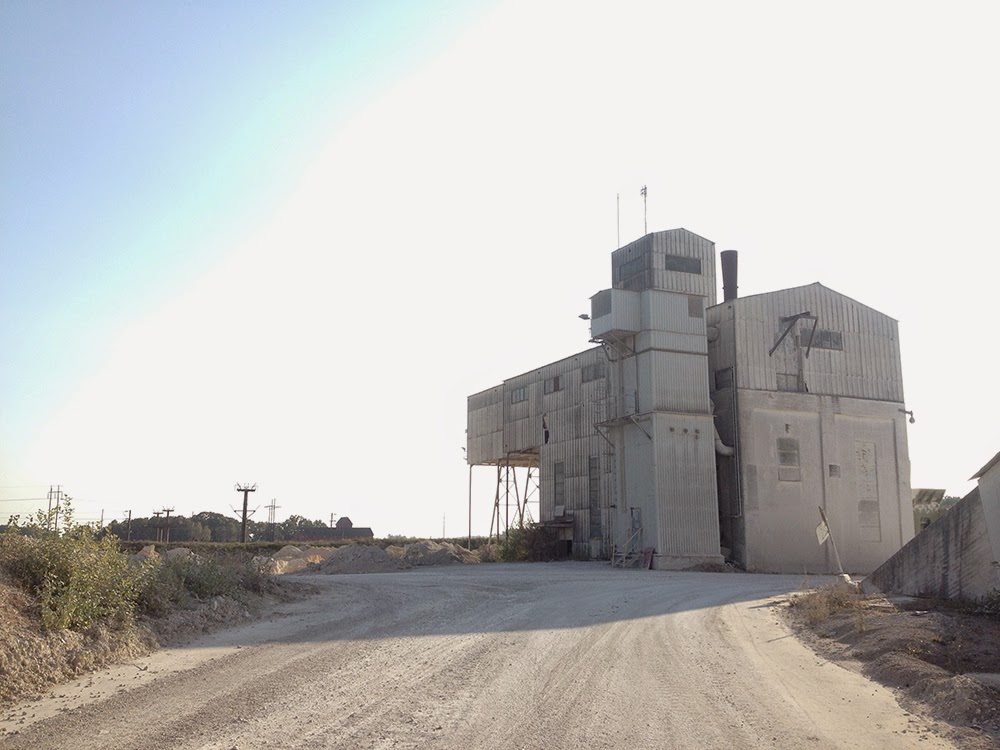 To make concrete lime is a primary ingredient. Concrete consists of a filler agent and a binding agent, where the binder glues the filler together to form concrete. There are many different types of concrete, in which the filler consists mostly of gravel or other infill materials in different sizes, and the binder is a mixture of cement and water. The cement consists of a limestone and clay mixture. These materials are crushed and then  heated to 1500 degrees to form a powder called clinker .The heating process is done in a big rotating furnace, with cement being the final product. Later when making concrete water reacts with the cement and binds the filler to a stable form to create concrete. The process of making cement is done at Slite on Gotland where there is a big factory and a quarry. The process of heating up the limestone uses coal as fuel which is consumes large quantities of energy and generates large amounts of CO² emissions.